With over 800 years of heritage and tradition, discover this French museum that has close ties with our own Australian business.

To say I love France is no lie. I’m a bonafide Francophile. It was probably my birth-right when my parents gave me the middle name of Frances (my maternal grandmother’s name).

June was my fourth visit to France, but my first “proper” tour. It was a family visit to meet Thomas’ family (my in-laws). I had the opportunity to immerse myself in the authentic French lifestyle being shown around by native-speakers. It is something I had never experienced while I was an English-speaking backpacker living in London ten years ago.

One of the things I had anticipated most about our trip was seeing one particular museum located in, Tours, on the Loire River.

This museum, The Museum of the Companionship (“Le Musee du Compagnonnage”) is home to exhibits made by alumni to Thomas’ and Laurent’s trade university, The Companions of Duty (“Les Compagnons du Devoir”), among other similarly aligned Compagnon guilds.

An incredibly brief history of Compagnonnage

Compagnonnage was formed in the Middle Ages (c.1200) but their origins have been dated back to the reign of King Solomon of Jerusalem (c. 970 to 931 BCE). Yes, this is the same time when pharaohs still ruled Egypt and Solomon is a direct descendent to them!

King Solomon had plans to construct Solomon’s Temple. He needed the assistance of a skilled French mason by the name of Master Jack (“Maitre Jacques”) and an architect named Father Soubise (“Le Pere Soubise”) to travel to Jerusalem to construct the masterpiece. Master Jack and Father Soubise returned to France once construction was complete with teams of loyal workers keen to continue learning and growing with new skills. Such is the importance of this story; many of museum’s exhibits pay homage to these three men.

Flash forward to the Middle Ages, when there was a significant number of ornate Cathedrals under construction, there were many skilled workers travelling France from site to site. They needed mutual aid on their journeys and associations started forming to support them with: travel, board and lodgings, and a funding pool for when workers needed financial assistance when injured or ill. These are the origins of what we now know as trade unions and pension funds.

In current times collaborating between trades, passing skills down to the next generation, travel, and community are all factors that remain true to these guilds.

The artisanal skills combined with the culture have been met with recognition by the global community, particularly in relation to traditional craftsmanship around historic architecture.

In 2010, Compagnons were recognised by United Nations Educational Scientific and Cultural Organisation (UNESCO) under their Intangible Cultural Heritage program for their “network for the transmission of knowledge and identities by the profession”.

Compagnons are found across the world working on heritage listed monuments, with the world’s most coveted fashion designers, in homes of the rich and famous… and of course, right here in Mullumbimby.

There are similar guilds across Europe but the French Compagnons have the widest range of trades which are categorised under six sections:

Evolution in trends and technologies have eliminated some training including: rope makers, weavers, milliners, dyers, tailors, tanners. It is a shame as some of these trades are having a popular resurgence. Perhaps they will back one day.

They travel (mainly across France) and study at the same time. It may take between five and eight years to complete the apprentice level (“Aspirant”) to gain enough experience to graduate as a Compagnon. Graduation can be as low as 3% due to the demanding schedules and level of higher learning – some may liken it to a form of military style discipline.

Study focusses equally about mastering the hand (knowledge, skill, passing on to the next generation) as much as it is about training the mind (attitude, values, traditions) and it has been this way for centuries. We have had two other Compagnons work for us in our past three years. They are all efficient, tidy, precise, yet always staying very humble and personable in their achievements. They are the antithesis of the negative stereotypes some may have of the French.

The first years of study are completed manually – only hand tools – to ensure Aspirants learn the same way their forefathers had. Of course, in modern times it is for a Compagnon to decide if they’d like to use modern technologies to be more efficient in their work.

This level of study is not available in Australia. Anyone seeking this kind of formal education must travel abroad (likely granted on the Churchill Fellowship). I strongly suspect it is because Australia’s architecture only spans back ~200 years and may be restricted by building codes and regulations.

To graduate from Aspirant to Compagnon individuals must design and fabricate a “Masterpiece” from their respective trade. Thomas’ Masterpiece which is installed at the Compagnons’ quarters in Reims, can be viewed here on our website. Laurent made office cabinetry of which we do not have photos.

Musée du Compagnonnage opened in 1968 under the curation of Roger Lecotté, a specialist in folklore and trade guilds. The museum is located in the medieval former Abbey of Saint-Julien, in the heart of old-town Tours. It is comparatively small to other museums but is jam-packed with exhibits with an obligatory exit via the gift shop “bien sûr”!

Exhibits in the museum are mostly Masterpieces. Some are made by Aspirants as hobbies. A small number of exhibits are in collaboration with other trades and may not be deemed appropriate to critique as a Masterpiece, however they are still extraordinary and worthy of their place in the museum.

Most pieces take thousands of hours to complete – each is mind-blowingly perfect. Some are replicas of traditional antiquities, others are contemporary while pushing the limits of imagination and physics. It is likely they’ve been entrusted to the museum because the vast amount of manhours involved makes them priceless.

Compagnons can be identified at official ceremonies and sometimes in their works by three traditional symbols:

The square and compass tools are traditionally used for measurement and geometry to ensure a Compagnon’s work is always accurate and true.

It is important to note that the square and compass has also been identified as a symbol for the Freemason movement, which is a separate group to the Compagnons. The key differences lie in the fact that, Freemasonry is a purely symbolic group, whereas Compagnon guilds practice in professional products and services, which don’t necessarily relate to masonry trades. Compagnons have been established in France since 13th century, whereas Freemasons were established in England during the 17th century and later extended into other parts of Europe and the world.

Ahead, you will see these three symbols incorporated into some of the exhibits’ artefacts.

This is Laurent’s trade. Traditional cabinetmaking refers to free-standing furniture-making using solid timbers and veneers. Marquetry, traditional assembly like dovetail and perfect mitred joints are all common features in these types of furniture.

Laurent’s speciality lies in replicating and repairing antiquities. He really has brought “savoir faire” Down Under!

This is Thomas’s trade. No, he won’t be come to your aid if you locked your keys in the car but instead make the lock mechanisms and keys to fit. Increasingly since the Industrial Revolution because locks are now machined so Serruriers now focus on forging and fabricating the other metallic elements where locks are installed: gates, doors, windows, handrails and balustrading.

Our good friend, Bertrand, is a pâtissier and also local to the Byron Region – his croissants are the jam – pun intended! Bertrand is all about keeping his family happy and well fed with nutrient-rich foods. It has led him to develop Holy Nuts, a delicious range of nutritious hazelnut spreads.

In the meantime, feast your eyes on these sweet creations.

A selection of wooden clogs and leather shoes.

Okay, so the carpenters may like to show off just a little. It is probably fare for them to have a bit of ego as all their intricate work eventually gets covered by plaster, paint or stone.

Lastly, we have the rope makers which is no longer taught, however I love macramé so it would be silly of me not to end on this corded tribute to the three founding figures: Maitre Jacques, Roi Solomon, and Le Pere Soubise (below: left to right)

Le Musée du Compagnonnage is in the heart of Tours’ beautiful old town. Brochures and plaques are all available to read in either English or French. 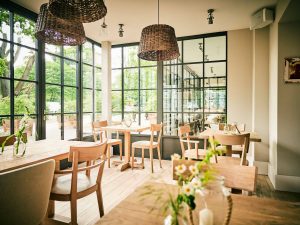 Located in the heart of the Byron Shire, we are pleased to announce that we are the exclusive supplier and manufacturer of steel glazing systems between Sydney & Brisbane. 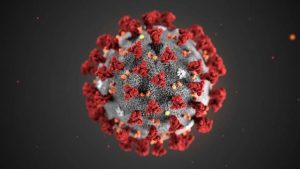 As the situation surrounding COVID-19 pandemic continues to evolve, we want to assure you that we remain fully committed to supporting and protecting the health, safety and welfare of all employees, clients, and the broader community at this time. 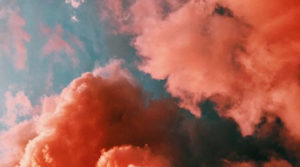 Exploring Pantone Colour of the Year

How to get Pantone’s Colour of the Year for 2019 in your life. 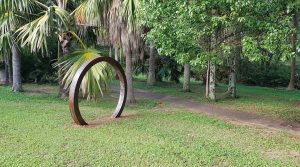 Report: A wrap up of Thomas’ first art entry at the inaugural Mullumbimby Sculpture Walk

Send us a message